BBC news with David Austin.
Lebanon's President Michel Aoun has called on the army to restore calm in Beirut after clashes between anti-government protesters and the security forces. Mr. Aoun called on the security forces to protect both the safety of what he called ‘peaceful protesters’ and of public and private property.
Hopes of the ceasefire in Libya's civil war have been dampened by a blockade being enforced on the country's main ports by the renegade warlord General Khalifa Haftar. His forces halted most of all exports on Friday, two days before a summit in Germany that will be attended by the key players, including Russia and Turkey which support rival sides. 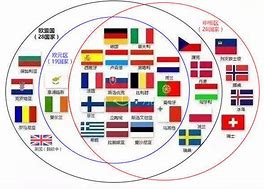 Houthis rebels in Yemen have banned the use of new bank notes issued by the internationally recognized government based in the South. The government accused the rebels of economic vandalism.
Gibraltar is considering joining Europe's common travel area, the Schengen zone after Britain leaves the EU. The British overseas territory wants to keep freedom of movement across its border with Spain.
One of France's biggest rail unions has voted to suspend most of its strike action against the government's pension reforms. Service will return to normal on most metro lines in Paris on Monday.
Juan Carlos Saravia, the founder of one of Argentina's most famous folk music bands Los Chalchaleros has died aged 89. The band travelled the country for 50 years.
And the US Space Forces has defended its newly unveiled camouflage uniforms after they are roundly mocked on social media. Critics said it made no sense to have a woodland design in space.
Those are the latest stories from BBC news.